BTC Wholesale Distributors was started in 1927 by Frank D’Amico. He was an Italian immigrant that started as a coal miner. Deciding this was not for him, he opened a few grocery stores which later evolved into a distribution company. The business has grown from a traditional tobacco and candy distributor that serviced Birmingham AL, to a full line distribution company selling consumable goods to a variety of retail outlets in nine states. BTC services C-stores, pharmacies, grocery stores, discount stores & and other outlets selling consumable goods.

Today, we operate in a 120,000 square foot state of the art facility that is located in Alabaster, Alabama. Our service area and product variety has grown tremendously, covering multiple states and carrying 8,000 SKU’s. In the years that we have been in business, much has changed, but our philosophy of customer service has remained the same. Whether it is for a national chain or an independent convenience store, BTC strives to be the vendor that can be depended on the most.

The company operates today in Alabaster, AL and is still owned and operated by the D’Amico Family. 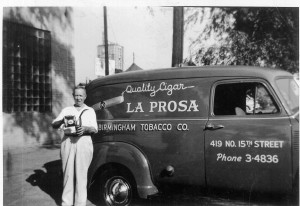